A Walking Tour of Relevant Sites

A piece of our vision is to place Du Bois prominently in the downtown Great Barrington landscape through signage at places significant to Du Bois as a youth and in later life. While many of the building sites no longer exist, there is sufficient historical information to tell a unique story at each site. Currently, W.E.B. Du Bois in Great Barrington is a self-guided walking and motor tour, and we plan to enhance it with signage marking each location as well as adding an audio guide.

The Du Bois in Great Barrington Walking Tour brochure is available at the Chamber of Commerce kiosk on lower Main Street, at the kiosk next to the Post Office on upper Main Street, or by emailing us at: Info@HousatonicHeritage.org.

These narrated videos were recorded at many of the sites on the Walking Tour.

In Great Barrington, Massachusetts, the Homesite—a sacred place—holds a deep history of Du Bois’s ancestry going back to the early 1800s and is a place of contemplation and commemoration. The existing woodland interpretive trail will be expanded to illuminate more about Du Bois’s journey from this small rural farming community to world prominence. A “living memorial” with ongoing archaeological investigations, the site has yielded discoveries about the daily life of Du Bois’s ancestors. Future digital technology will provide further opportunities for enriching the archaeological interpretation.
Future plans for the Homesite include an outdoor amphitheater and gathering space, which will accommodate up to 50 people. In addition, we plan to expand the parking area and build an interpretive shelter that includes bathroom facilities. 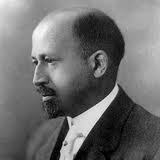 W. E. B. Du Bois was born just five years after Lincoln signed the Emancipation Proclamation. This valedictorian of Great Barrington High School became the first African American to earn a Ph.D. at Harvard, lived and worked on three continents, was a founder of the NAACP and edited its Crisis magazine for nearly a quarter century. Such groundbreaking books as The Souls of Black Folk, The Philadelphia Negro, and Black Reconstruction helped to transform the study of African American history and to establish sociology as an academic discipline.

Du Bois is widely credited as the father of both the modern civil rights movement in the U.S. and the Pan-African movement internationally. Du Bois’ political interests date back to his teen-age years in Great Barrington when he served as a correspondent for the Philadelphia Courier reporting on the political happenings of the town. His interest in history began when he devoured the texts of the early historians and philosophers at the local bookstore.